VOICES is a weekly podcast dedicated to the issues of diversity, equity and inclusion in the wine industry. Airing every Wednesday, the show hosts a wide variety of guests from around the world and currently has a library of 56 episodes, as part of the Italian Wine Podcast back catalogue containing almost 900 episodes covering every possible topic in the world of wine, with over two million listens since 2017. 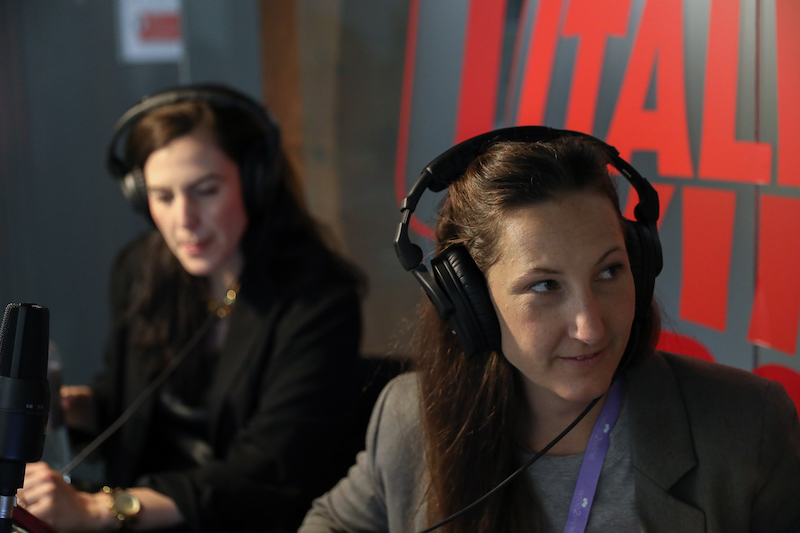 The impetus for VOICES was the New York Times article that exposed the sexual harassment scandal in the Court of Master Sommeliers USA in late October 2020. Stevie Kim, the founder of Italian Wine Podcast and Managing Director of Vinitaly International says, “We saw an immediate need to create space for difficult conversations including perspectives and points of view that have previously gone unheard in the wine industry.”

The first episode was recorded in November 2020, with guest sommelier Rania Zayyat hosted by Rebecca Lawrence Dip WSET. Zayyat was one of the 20 women who came forward to share her experiences at the Court. As the founder of Lift Collective, Zayyat brought attention to the gap between the many women working in the wine industry and the limited number leading it, as well as advocating for gender equality by fostering networking and discussion in forums.

Since that episode, VOICES has become an aggregate of the world of podcasts concentrating on issue of diversity, equity and inclusion. Guests have come from all over the world, speaking out for under- represented communities in the wine sector.

The next episode, airing on 23 March, features Phil Long, founder of Longevity Wines in California and current President of the Association of African American Vintners in the USA. VOICES host Cynthia Chaplin, sommelier and Vinitaly International Academy Italian Wine Ambassador, interviews Long for a compelling discussion about garage wine, recovery from injury and loss, and creating awareness about Black winemakers and the need to welcome BIPOC people into the wine industry in a meaningful and sustainable way.

VOICES aims to fulfill the promise of its name, bringing previously unheard stories to the forefront. Upcoming episodes include Dr. Akilah Cadet, founder of Change Cadet and Diversity Wine Forum, Jason Mikami of Mikami Vineyards, Amanda Thomson of Noughty alcohol free sparkling wines, MJ Towler aka The Black Wine Guy,Alicia Towns Franken of Wine Unify, Lisa Granik MW, and Elaine Chukan Brown of Hawk Wakawaka Wine Reviews. VOICES continually seeks to expand the seats at the table, shedding light and sensitivity on uncomfortable topics such as exclusion, discrimination, misogyny, inequality, glass ceilings, and under-representation in the wine sector. The focus is not only on obstacles and difficulties faced by women, the LGBTQ community, and people of color trying to enter the wine world, but also on the positive progress being made and ambitious strategies being developed to include and support everyone who wants to be part of the international wine scene. The roles of influencers, mentors, leaders, allies, advocates, and accomplices are addressed, and achievements are celebrated, with the goal of informing, teaching, supporting, and calling listeners to action to make the global wine sector a better, more inclusive and welcoming place.